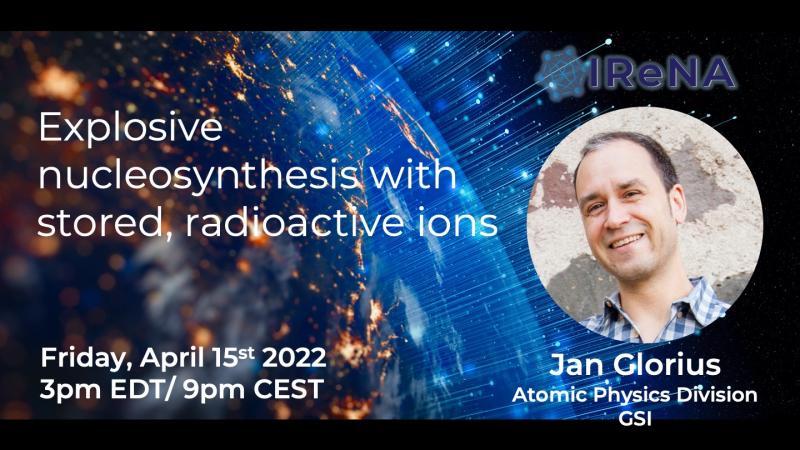 Abstract: Stars are giant nuclear reactors responsible for the synthesis of every element beyond hydrogen and helium. They generate vast amounts of material through nuclear conversions acting over millions of years or in the blink of an eye, e.g., in quiescent stellar burning or in violent star explosions, respectively. Simulations of the internal stellar processes can reproduce the main features of the solar inventory, however the production of many naturally occurring nuclei is still a mystery. This applies in particular to the so-called p-nuclei arising from explosive nucleosynthesis, which suffers from large nuclear uncertainties.

This seminar talk will introduce a novel experimental approach with the goal to provide data on nuclear key reactions and to produce strong constraints for explosive nucleosynthesis. The experimental campaign focuses on proton-capture reactions and is based on the production of radioactive ion beams at GSI, which are subsequently accumulated, cooled and decelerated in the heavy ion storage ring ESR. After years of development with stable beams, the first successful measurement has been conducted recently with radioactive beam, namely 118Te. The talk will discuss the experimental technique in detail, as well as the status and results of the recent and precursor experiments. Furthermore, an outlook to future experiments will be given also involving CRYRING, the new low-energy storage ring at GSI.