Kilonova in GW170817 and implications to the r-process origin 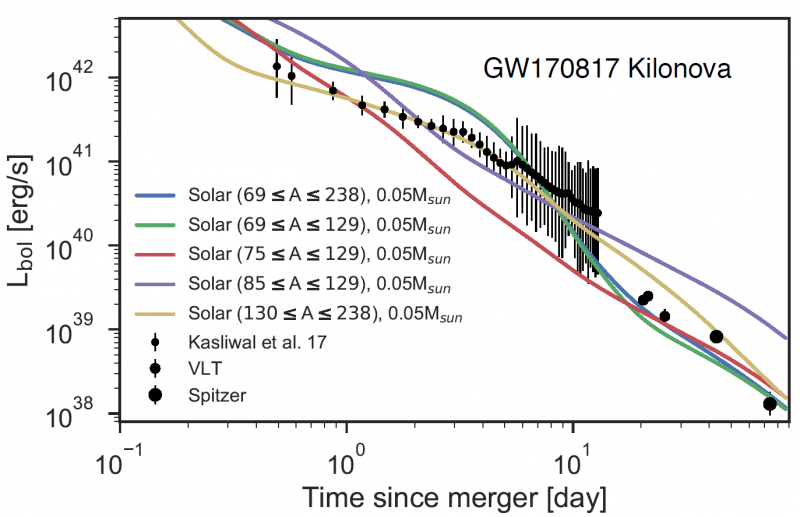 The discovery of the first binary neutron star merger, GW170817, in both gravitational waves and electromagnetic signals opened a new era of gravitational-wave astrophysics.  In this talk, I will particularly focus on kilonova.  The bolometric light curve and late-time spectra provide us with evidence for the r-process element production in the merger. The estimated mass of the produced r-process elements is about 0.05 Msun, which seems to be sufficient for mergers to supply all the r-process elements in the Galaxy. I will also talk about the possible mechanisms responsible for such a large amount of ejecta from neutron star star mergers. Furthermore, I will discuss the merger scenario of the r-process origin has difficulties to explain the observed history of the Galactic r-process production.