Astrophysicists find evidence for the presence of the first stars 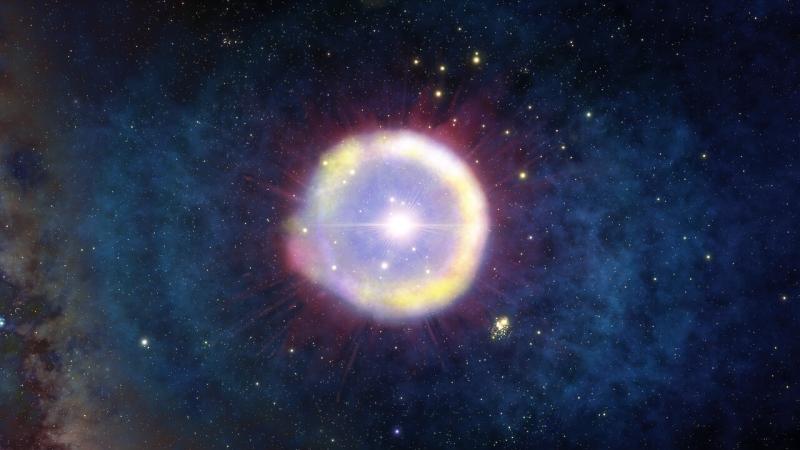 An international group of researchers, including IReNA co-PI and professor at the University of Notre Dame Tim Beers, have found evidence for the earliest stars in the Universe, called Population III (Pop III) stars, in the spectrum of a distant quasar. The paper was published in September in Astrophysical Journal.

Researchers in this international collaboration led by Yuzuru Yoshii, professor at the University of Tokyo and Laureate Professor at the University of Arizona, and Timothy Beers, Grace-Rupley Professor of Physics at Notre Dame, discovered that a distant quasar was highly enriched with iron, leading to an extremely low magnesium to iron ratio. The most likely explanation for this ratio of magnesium to iron in the quasar is that it was produced by an exotic supernova, called a pair-instability supernova (PISN).

“Stars that undergo a PISN explosion may be among the first to have been born, and be responsible for the rapid enrichment of distant galaxies now being studied with the James Webb Space Telescope,” Beers said.

Though predicted theoretically, until now convincing evidence for Pop III stars had not been found, even though astronomers have been interested in the possible existence of these stars for decades. Researchers had sought chemical evidence for a previous generation of such stars in the halo of the Milky Way, with at least one tentative identification discovered, Beers said.

However, “the clearest signature of a PISN is probably the extremely low magnesium/iron abundance ratio found in the quasar that is the subject of this study,” Beers said.

PISN supernovae are associated with stars that are 150 to 300 times the mass of the Sun. These stars live only two to three million years—compared with the Sun, which is more than four billion years old—so direct observations of them are not expected in the Milky Way. However,  astronomers are hoping to identify them from studies of their light curves. Light curves show the rise and fall of the light generated in the explosion.

“This still would prove to be a very challenging  observation, requiring long-term monitoring of many objects in hopes of catching their explosions ‘in the act,’” Beers said. “Alternatively, their presence can be inferred indirectly, from studies of the chemical fingerprints they leave behind when they explode.”

Beers said he and other collaborators suspect that individual stars formed from material enriched by PISN explosions in the early Milky Way might be found in the near future, based on extensive photometric surveys with specific filters capable of measuring the magnesium/iron ratios for tens of millions of individual stars. Beers’ Galactic Archaeology group  is calibrating methods to estimate the this abundance ratio of stars in photometric surveys, such as the Javalambre Photometric Local Universe Survey (J-PLUS) and Southern Photometric Local Universe Survey (S-PLUS), currently underway in both the Northern and Southern Hemispheres.