Cosmological Structure Formation and Chemical Evolution in the Early Universe 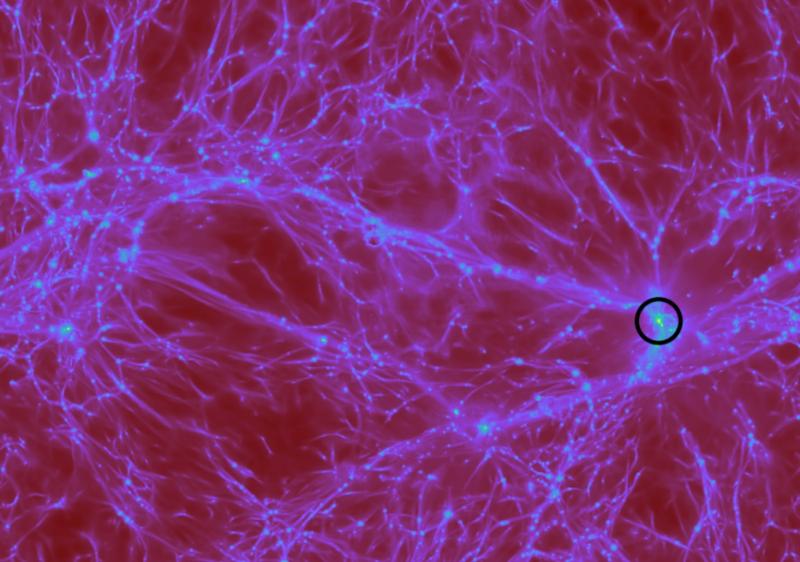 Fraction of the computational volume of the cosmological simulation of John Wise et al. (2012 [1]). The image was generated using yt [2]

Old, low-mass, and metal-poor stars in the halo of the Milky Way and in nearby dwarf and ultra-faint galaxies contain on their surface the chemical signatures of the first stars that lived and died in the early Universe. To best interpret those signatures, connections must be made between the fields of nuclear astrophysics and galaxy formation. While the former plays a key role in determining the nucleosynthesis within the first stars, the latter enables us to quantify how the ejected elements mix with the surrounding gas before being recycled into new generations of stars (i.e., the old metal-poor stars we see today). In a recent study [1], we initiated a long-term research program aimed to better understand the physical conditions that led to the formation of metal-poor stars, and to establish what can we learn about galaxy formation by looking at metal-poor stars in the Local Universe.

We re-analyzed the most massive galaxy (Fig.1) in the high-redshift simulation of Wise et al. (2012) [2], and compared the results with the predictions made by GAMMA [3], a semi-analytic code at the endpoint of the JINA-NuGrid chemical evolution pipeline [4]. We found that inhomogeneous metal mixing and galaxy mergers can play an important role in shaping the metallicity distribution function of a galaxy. But we found various ways to reproduce this function using GAMMA (Fig.2).