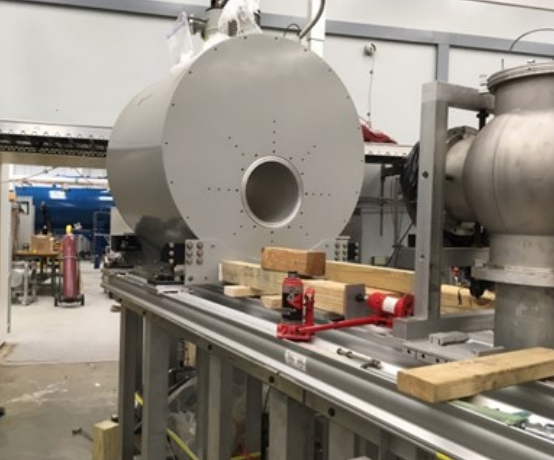 Astrophysical explosions such as novae and X-ray bursts are driven and powered by nuclei under extreme conditions. The properties and reactions of the exotic nuclei existing under such conditions determine in large part the properties of these explosions. The very same exotic nuclei involved in the astrophysical explosions can in many cases be studied experimentally in the nuclear physics laboratory. Being able to better produce such nuclei was a primary motivation for recent modifications of TwinSol at the University of Notre Dame Nuclear Science Laboratory (NSL).

TwinSol, a pair of coupled, superconducting solenoids, was the first facility dedicated to exotic beam production Movement the United States. Energetic stable beams from the FN-tandem accelerator at the Notre Dame NSL bombard gas targets (hydrogen or helium) to produce forward-focused exotic nuclei. These exotic nuclei are then collected and refocused by a pair of superconducting solenoids. The primary beam is stopped in a Faraday cup directly after the production target with scattered beam being rejected at a cross-over collimator between the solenoids. Recent improvements include lengthening the production gas cells by a factor of 2 while reducing the window thickness by 40%. The combination will lead to an increase in secondary beam intensities by a factor of 2 with an accompanying reduction in energy spread, while the introduction of multiple variable irises will reduce contamination. In addition, the second solenoid has been moved by 90 cm downstream to produce a tighter focus in a newly renovated experimental hall, and a shielding door has been reconfigured to produce lower background rates at the experiment. The work was completed during the Spring of 2017 with first experiments occurring during the Summer.