JINA co-founder James W. Truran is the recipient of the 2021 Hans Bethe Prize 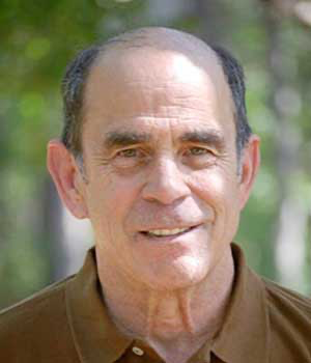 We are pleased to congratulate Jim Truran, one of the founding Principal Investigators of JINA, for being awarded the 2021 Hans Bethe Prize of the American Physical Society!

The Hans Bethe Prize is presented annually to recognize individuals who have done “outstanding work in theory, experiment or observation in the areas of astrophysics, nuclear physics, nuclear astrophysics, or closely related fields”. The prize consists of $10,000 and a certificate. Jim Truran, professor emeritus at the University of Chicago, is being recognized “for distinguished contributions across the breadth of nuclear astrophysics, Galactic chemical evolution and cosmochronology”.

Jim Truran joins the group of JINA collaborators honored with the Hans Bethe Prize for their scientific contributions ranging from experimental to theoretical nuclear physics and astrophysics, and which have helped shape the field of nuclear astrophysics:

Jim Lattimer (2015 recipient): “For outstanding theoretical work connecting observations of supernovae and neutron stars with neutrino emission and the equation of state of matter beyond nuclear density”.

Karl-Ludwig Kratz (2014 recipient): “For his ground breaking and visionary work towards developing a cohesive picture of the r-process by employing novel experimental techniques to study the decay of nuclei far from stability, working with observations of astronomers, models of astrophysicists and nuclear theorists, and the geochemical analyses of meteorites.”

Friedrich K. Thielemann (2008 recipient): “For his many outstanding theoretical contributions to the understanding of nucleosynthesis, stellar evolution and stellar explosions through applications to individual objects and to cosmic chemical evolution.”

Michael Wiescher (2003 recipient): "For his contributions to the experimental foundation of nuclear astrophysics, especially the delineation of the processes involved in explosive hydrogen burning in novae and x-ray bursters; and for providing an intellectual bridge between experimental nuclear astrophysicists and their theoretical colleagues."

Their work has been key for JINA’s success at leading a multidisciplinary approach to nuclear astrophysics, and educating generations of scientists. Lattimer and Thielemann were part of the JINA advisory board in its early years. Michael Wiescher was also a founding member of JINA, and its first director. Wiescher recalls being tempted by Truran to switch to theory and work with him as a postdoc in the early 80’s, but Wiescher stuck to experiment and the two went on to collaborate in the formation of JINA years later.

We are proud to recognize them all for creating pioneering collaborations between nuclear physicists and astrophysicists that have helped position JINA, and now JINA-CEE, as a global center for the field of nuclear astrophysics.