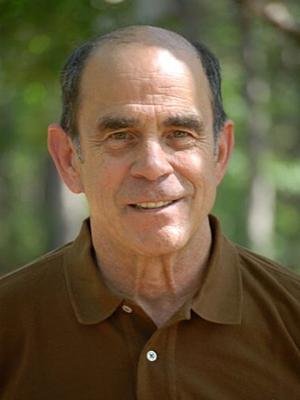 Photo credit: The University of Chicago

The prize is given to individuals who have made significant contributions to laboratory astrophysics over an extended period of time.  Jim has long been recognized as one of the most prominent scientists in nuclear astrophysics, having worked on nearly all aspects of the field during his long and outstanding career. Together with Sumner Starrfield, he was one of the first to simulate and interpret novae as thermonuclear explosions  on accreting white dwarf stars, and he also made major contributions to the interpretation of neutron induced nucleosynthesis though the slow and rapid neutron capture processes and the chemical evolution of the Galaxy.

Jim was one of the Principal Investigators during the first two JINA funding cycles, leading the theoretical efforts on nucleosynthesis and explosive mechanisms of novae and supernovae. Always full of new ideas, he strived to stimulate discussion among people working on different aspects of nuclear astrophysics. He was key in JINA’s success to establish and maintain close interaction and collaboration between modelers, experimentalists and observers.

Jim lead the nuclear astrophysics group at the University of Chicago, where he currently is Professor Emeritus at the Department of Astronomy and Astrophysics.

According to the AAS, Jim Truran is awarded the LAD prize in recognition of “his theoretical work on early star formation and the nucleosynthesis history of the universe, as well as for his seminal contributions to the study of astrophysical thermonuclear explosions, nucleosynthesis, and the use of nuclear-decay chronometers to determine ages of stellar and terrestrial matter”.

“He is a most deserving recipient for the Laboratory Astrophysics Award 2020!” – Michael Wiescher.