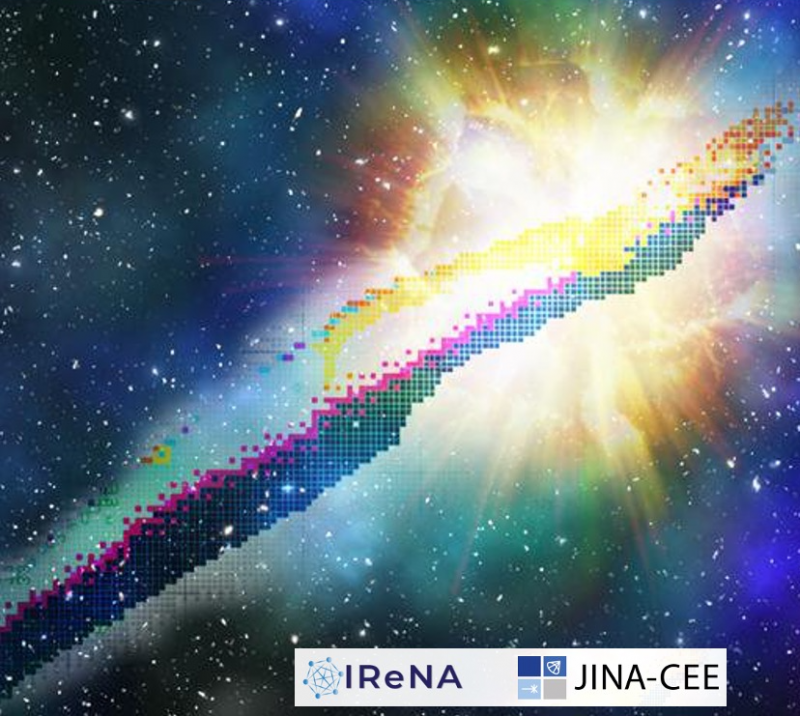 JINA-CEE and IReNA organized “JINA Horizons” on November 30 - December 4, 2020: a virtual meeting that brought together the international nuclear astro- physics community to discuss open questions and future directions of the field. 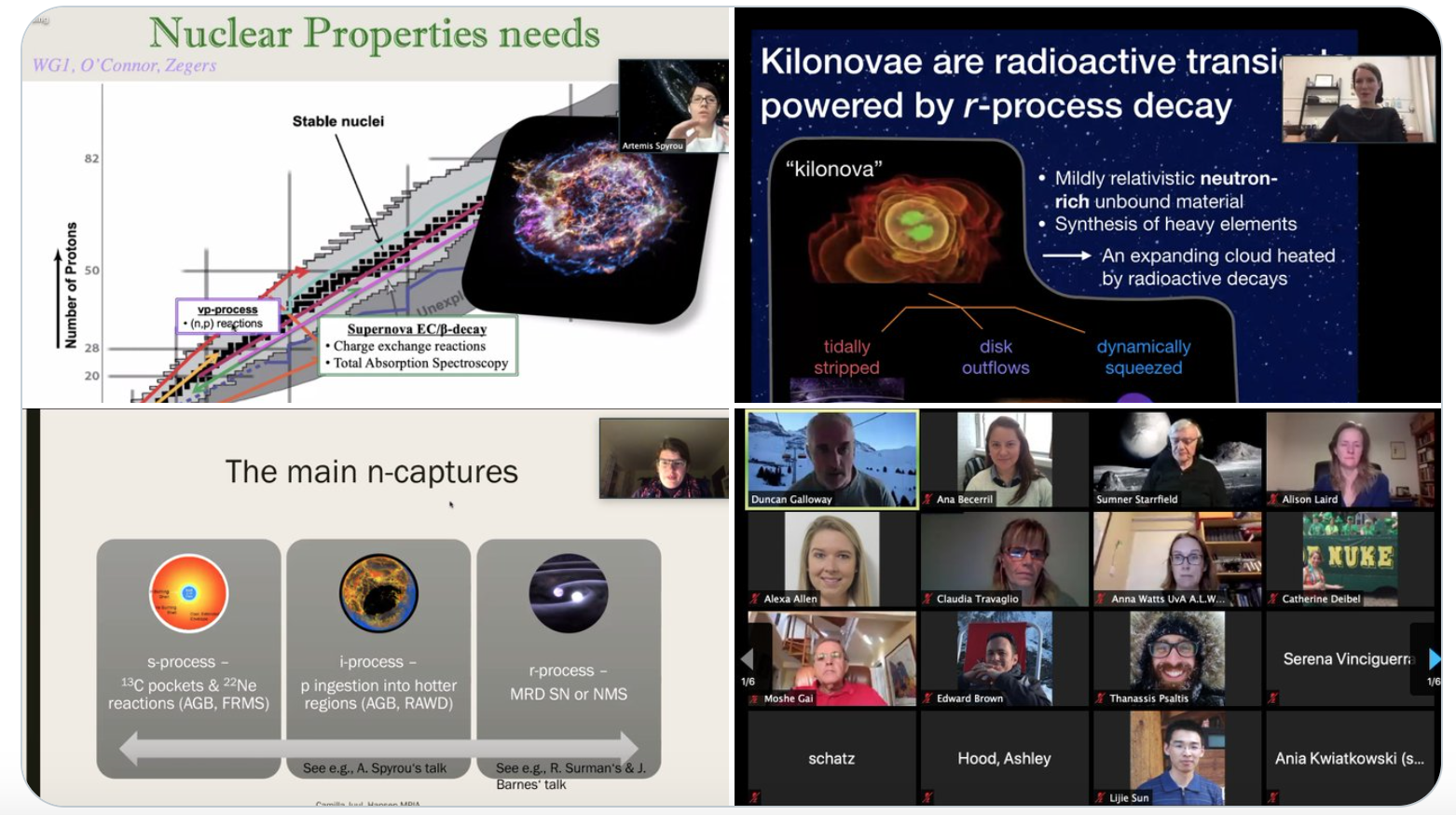 The fully online format of the meeting allowed for over 550 scientists from all over the world to actively participate. The conference featured 21 invited speakers during its plenary sessions, plus many more during the various working group sessions. JINA Horizons started with a Junior Workshop, organized by and for graduate students and postdocs for their professional development, similar to what is already a tradition at the annual JINA Frontiers Meeting. The main focus of the Junior Workshop was on communication skills and preparation for the job market and many innovative materials continue to be available through the website.

A white paper summarizing the status of nuclear astrophysics is being written based on input collected within five working groups. The working groups organized topical discussions around explosive nucleosynthesis, stellar burning, neutron stars and dense matter, thermonuclear explosions, and the need for centers and diversity. A participant- driven “unconference” session also gave scientists an opportunity to propose topics they wanted to discuss more deeply, or that were not originally in the program in order to explore new avenues. Diversity and inclusion was integrated into the meeting at the same level as the science, including plenary talks and working groups.

A virtual venue was created on Gather.Town for participants to mingle during “Bring-Your-Own coffee breaks”. Attendees reported to be very pleased with the informal conversations and networking allowed by this fun 8-bit format:

- “Had many meaningful stochastic interactions”
- “It was great, the closest thing to a real coffee break I have seen this year”

Participants also connected via live tweeting and follow-up discussions using the hashtag #JINAHorizons. Slides and recorded talks from the plenary sessions are now available on the JINA Horizons website.

Thank you to the Organizing Committee, the Jr Workshop organizers, the Twitter Team, the Gather.Town Helpers, and to all attendees for making the meeting a success!