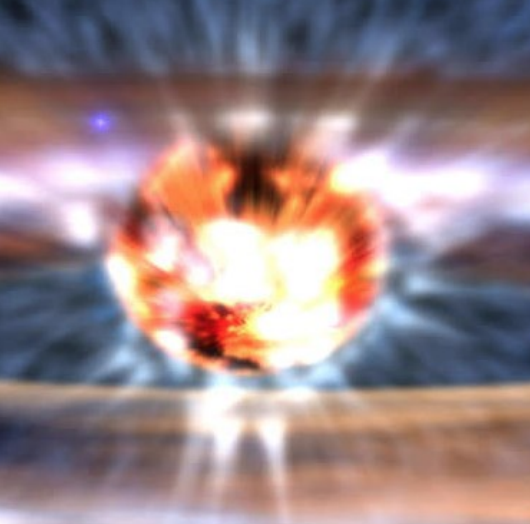 Many neutron stars accrete hydrogen- and helium-rich matter from a companion star. As this matter accumulates, the temperature and pressure at its base increases; eventually the accreted matter fuses into heavier isotopes. If sufficient carbon is present in the ashes of this nuclear burning, then over time the base of the ash layer can itself ignite unstably and produce an energetic explosion known as a superburst. Understanding how this layer of ash reaches sufficient temperatures to ignite carbon has been a mystery for over a decade.

A collaboration led by MSU astronomy graduate student Alex Deibel has completed a study of neutron star cooling by neutrino emission from cycles of electron captures and emissions from certain pairs of nuclei in the outer ocean of accreting neutron stars. For each pair of nuclei, there is a specific depth where these reactions occur. Strong cooling by this neutrino emission, termed Urca cooling after the Casino da Urca in Rio de Janeiro [1], can occur at depths where superbursts ignite (see the Figure) and make superburst ignition even more difficult unless additional source of heat are present.