A New Study of One of the First Stars 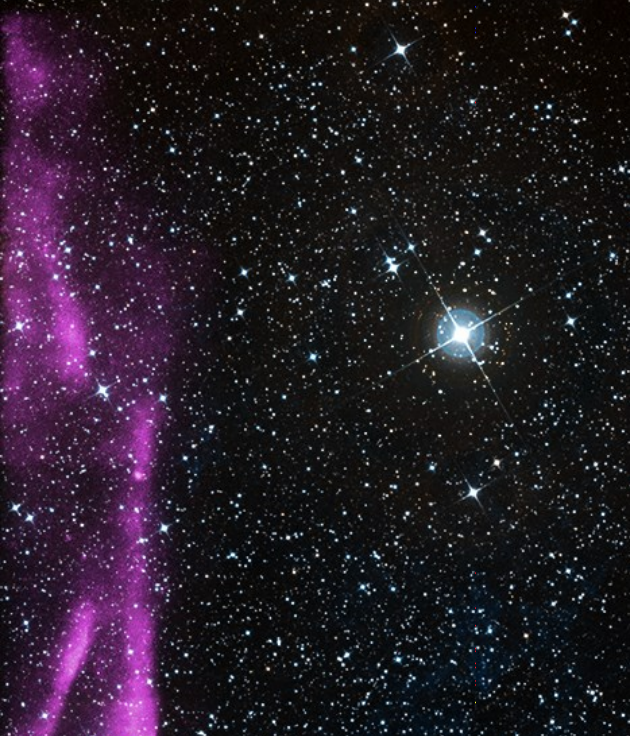 Astronomers have not observed the first stars to form in the Milky Way, and these stars are thought to have died long before the present day. Astronomers can infer what these stars were like, however, by studying the elements produced by nuclear fusion and the supernova explosions that marked the spectacular ends of their short lives.

A team of JINA-CEE researchers at the University of Michigan and the University of Notre Dame recently studied key sections of the ultraviolet spectrum of a star thought to have been enriched by elements from one of the first generation of stars. This star, BD+44 493, is the brightest known second-generation star in the sky. The team detected several elements that had never been seen before in such a star, including phosphorus and sulphur. They also detected the element zinc, which had only been seen before in one such star.

By comparing the amounts of each element found in the star to model predictions, the team was able to learn about the nature of one of the first stars. These neverbefore-seen products of one of the first stars reveal that the particular star that introduced these atoms into space was likely massive (probably more than 20 times more massive than our own Sun) and exploded as a relatively faint supernova.

This was the first time that the Cosmic Origins Spectrograph, one of the instruments on the Hubble Space Telescope, had been used to study elements in ancient stars.

At present, only the Hubble Space Telescope can collect the ultraviolet spectra needed to study these elements in ancient stars. These results foreshadow the exciting possibilities to study dozens or even hundreds of these ancient stars with the next generation of ultraviolet spectrographs on space telescopes, like the High Definition Space Telescope, HDST, or the Large UltraViolet/ Optical/near-InfraRed Telescope, LUVOIR.

The results have been published as: "Detection of Phosphorus, Sulphur, and Zinc in the Carbon-Enhanced Metal-Poor Star BD+44 493" in the Astrophysical Journal Letters, 824, L19 (2016).