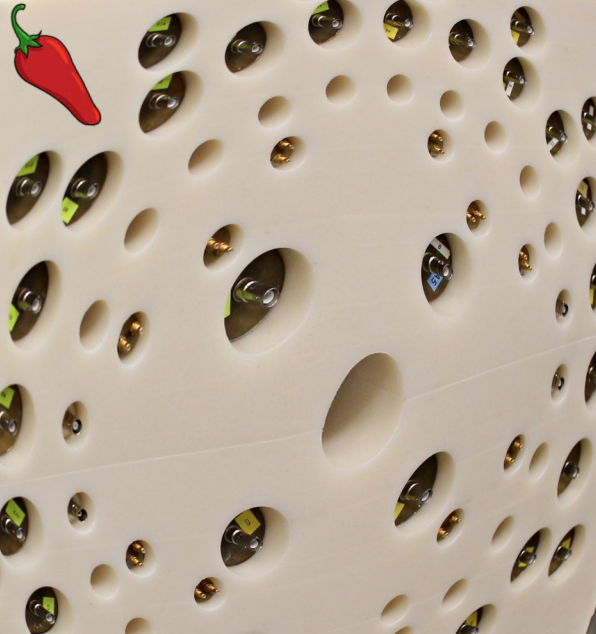 Supernovae are exploding massive stars that are likely to produce at least some of the elements heavier than iron that are found in nature. Although the conditions during an explosion are not adequate to produce the heaviest elements, neutron-rich neutrino-driven winds can contribute to the galactic abundance of elements ranging from iron to silver and beyond. The creation of the elements occurs in a high temperature environment that is rapidly expanding and cooling. Under these conditions, charged-particle reactions play an important role in creating heavier mass nuclei. In order to validate these explosions as a viable scenario to produce heavy nuclei beyond iron, it is critical to reliably predict the charged-particle reaction rates that control the production of these elements.

Experimental information on these specific reaction rates is limited to a few stable isotopes in the region of interest. The uncertainties in the theoretical rates are large and can vary by factors of up to an order of magnitude, because the input parameters are not well-known. As a result, the elemental abundances extracted from the astrophysical simulations are also highly uncertain.

In order to address these uncertainties, a neutron detector called HABANERO (Heavy ion Accelerated Beam induced (Alpha, Neutron) Emission Ratio Observer) is being developed. Its purpose is to detect emitted neutrons from (alpha, neutron) and (alpha, 2 neutrons) reactions and to provide their total cross sections. HABANERO will consist of 80 tubes, which are filled with Boron trifluoride and Helium gases. The tubes are imbedded in a plastic matrix that moderates (slows down) the neutrons so they can be more easily detected. The final design of the tube configuration was determined after intensive Monte Carlo simulations to optimize the detection efficiency for neutrons. HABANERO is currently in fabrication in the Laboratory Machine Shop. It is planned to perform the detector calibration and commissioning at the Edwards Accelerator Laboratory in Ohio University using their mono-energetic neutron beams. After HABANERO has been commissioned, researchers plan to use it to constrain the reaction rates of astrophysical interest in experiments at the ReA3 facility at NSCL. The astrophysically relevant energies of the reactions are between 2-5 MeV/u, which fall nicely within the ReA3 beam-energy range.