Traces of Gold in Early Universe 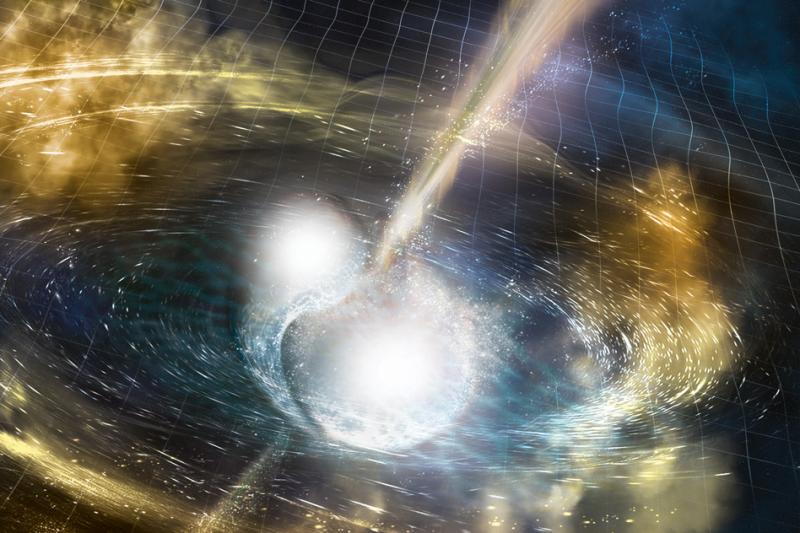 A team of researchers, led by Benoit Cote at the Joint Institute for Nuclear Astrophysics - Center for the Evolution of the Elements at Michigan State University in the United States and the Konkoly Observatory in Hungary, are looking into the cosmic origin of the heaviest elements in the periodic table.

Their search is taking them from the creation of the universe to today. Cote will speak about the team's research at the Canadian Astronomical Society 2019 meeting, 17-20 June in Montreal, published in The Astrophysical Journal in 2018 and 2019.

The cosmic origin of heavy elements such as gold, platinum, uranium, and plutonium is a mystery. Soon after the Big Bang, 13.7 billion years ago, those elements did not exist. Scientists know they must have been created via a nuclear reaction pathway called the rapid neutron-capture process (r-process). Where and when this process has taken place in the universe is unknown.

Since the gravitational wave detection GW170817 by the LIGO and Virgo collaborations, it became clear the merger between two neutron stars, which are the remnants of exploding massive stars, can host this process. The question: Are neutron star mergers the only astronomical events that contributed to the amount of gold and other r-process elements seen on Earth today?

To answer this question, the team used numerical simulations to recreate the evolution of the elements in the universe, from the Big Bang to the present-day universe. The frequency (or the rate) of neutron star mergers provided by LIGO/Virgo was used to calibrate the number of neutron star mergers that should occur at the end of their galaxy simulations. However, this was only a piece of puzzle. Was the merger rate higher in the past? Was it lower?

To go back in time, the team of scientists looked at the chemical signatures imprinted onto the surface of stars in our Milky Way galaxy.

Using simulations of galaxies that included neutron star mergers, the team reconstructed the creation history of europium, a powerful tracer of the r-process, and compared their results with the chemical signatures observed in stars. Combining gravitational wave signals with the observation of stars provided for the first time a complete view on the role of neutron stars mergers across cosmic time.

The team found that neutron star mergers could not explain the complete creation history of europium on their own. Hidden inside the surface of stars, the scientists found the traces of an additional source of r-process elements. This mysterious source, which is still unidentified, is necessary to explain the shift of chemical signatures observed from one star to another.

The scientists analyzed their simulations in more detail and found that the extra source should have been active during the first billion years of galactic evolution, and should not be detectable in the present-day universe. This means neutron star mergers would still be a major player in the creation of heavy elements in our galaxy, but only at later times, toward the present time.

Astronomers and theorists are hunting for the oldest stars in the universe to probe this first billion years of evolution. They hope to learn about the nature of the different astronomical objects that could synthesize the r-process elements in the earliest phases of our universe. This field of research is called galactic archaeology.

+ "Neutron Star Mergers Might Not Be the Only Source of r-Process Elements in the Milky Way," Benoit Cote et al., 2019 April 22, Astrophysical Journal