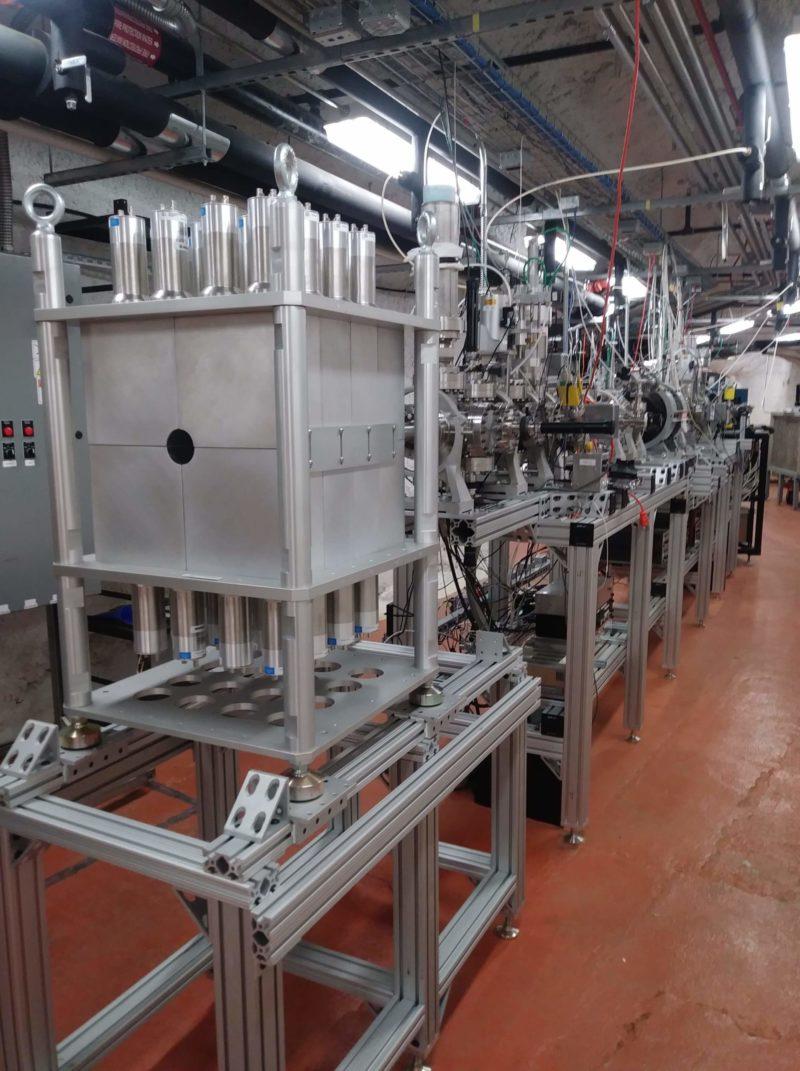 A number of nuclear reactions have been measured to investigate possible reaction patterns in first generation stars. These were mostly proton and alpha induced reactions on primordial elements. The 10B(alpha,n), and 11B(alpha,n) campaigns have been successfully completed, with the generation of the first CASPAR PhD thesis by Dr. Tyler Borgwardt from South Dakota School of Mines and Technology.

The first analysis of the data suggests that the reaction rates have dramatically increased through the contributions of strong near-threshold resonances that previously had not been observed. The impact on first stars nucleosynthesis is presently being analyzed within the JINA-CEE community. Complementary studies of these and other reaction channels, like 10B(alpha,p) and 10B(alpha,d), performed at the 5U accelerator of the University of Notre Dame, are under analysis too.

Following on from this success, a new program at CASPAR was initiated towards the end of 2019, for the study of radiative capture reactions using the 4π gamma-ray summing detector HECTOR. The main goal is to investigate the low energy cross section of radiative capture in stellar helium burning. The technique was tested using the 27Al(p,gamma) reaction measuring successfully all resonances between 200 keV and 1 MeV. First measurements of the 18O(alpha,gamma) reaction have been completed. Further campaigns for 6Li(alpha,gamma) and 7Li(alpha,gamma) reactions have been started, and will be completed once the present COVID-19 shut-down of the SURF underground laboratory ends, and operations can resume.