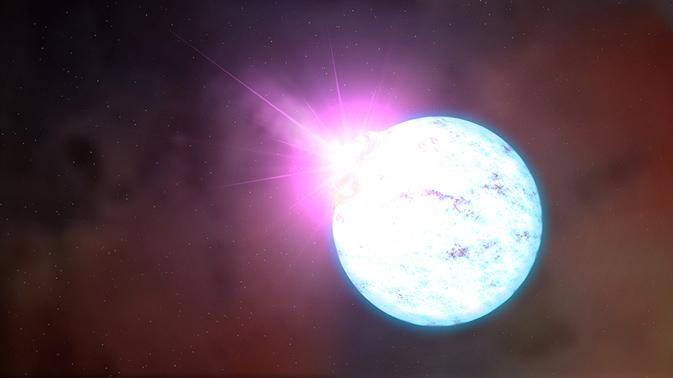 Stars end their lives in various ways leaving very different very compact objects as remnants: white dwarfs, black holes, or neutron stars. Studying these remnants sheds light on important open questions such as the origin of the elements. Neutrinos play crucial roles in these phenomena by various mechanisms. For example, neutron stars and white dwarfs can be cooled effectively by the nuclear Urca process.

In the Urca process, a pair of nuclear species —in which one is the beta-decay daughter of the other— with a mass difference close to the electron Fermi energy undergoes repeated back-and-forth electron capture and beta-decay. Each step creates a neutrino that carries away energy; this is one of the major cooling mechanisms of neutron stars. This recent work scrutinizes a simplification in the half-century-old standard calculation of the Urca process of neutrino cooling in neutron stars.

In the original treatment, only the ground states of the nuclei were considered to decay or capture electrons, but this work discovered that thermally populated low-lying excited states can dramatically change the neutrino cooling rate in many Urca pairs. The authors computed an overall effect of a large increase (factor of a few) in the rate of neutron star Urca cooling.

These results amend understanding of neutron star cooling. This impacts many related studies, including cooling of the neutron star remnant of a core-collapse supernova and observations of X-ray bursters. It is anticipated that the findings will have significant implications and stimulate research across subfield boundaries, including astrophysics, nuclear physics, and neutrino physics. The new results for Urca cooling will motivate new research in network simulations and supernova modeling, and it will encourage new measurements of weak interaction rates for excited states in a wide range of nuclei.